The Baphuon  is located in Angkor Thom, northwest of the Bayon. Built in the mid-11th century, it is a three-tiered temple mountain built as the state temple of Udayadityavarman II dedicated to the Hindu God Shiva. It is the archetype of the Baphuon style.

The temple adjoins the southern enclosure of the royal palace and measures 120 metres east-west by 100 metres north-south at its base and stands 34 meters tall without its tower, which would have made it roughly 50 meters tall.

In the late 15th century, the Baphuon was converted to a Buddhist temple. A 9 meter tall by 70 meter long statue of a reclining Buddha was built on the west side's second level, which probably required the demolition of the 8 meter tower above, thus explaining its current absence.

The temple was built on land filled with sand, and due to its immense size the site was unstable throughout its history. Large portions had probably already collapsed by the time the Buddha was added. By the 20th century, much of the temple had largely collapsed, and restoration efforts have since proven problematic: a first effort begun in 1960 was interrupted by the coming to power of the Khmer Rouge, and records of the positions of the stones were lost. Temple was officially re-opened in 2011. 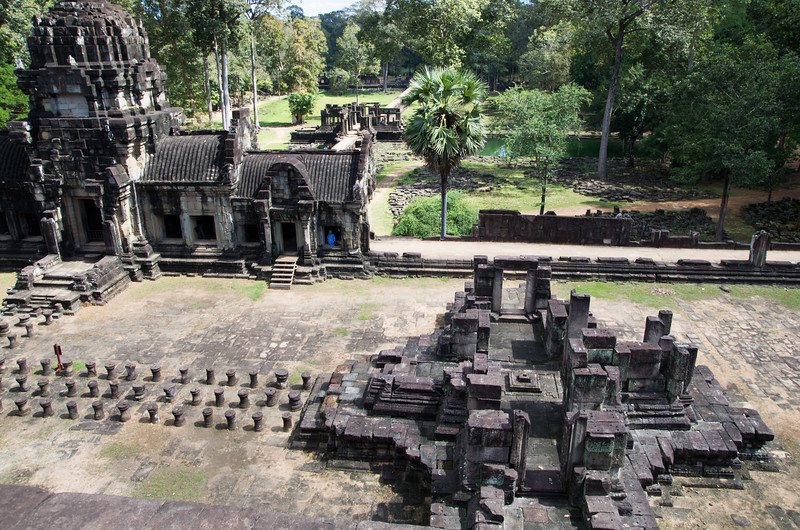