Mexico, country of southern North America and the third largest country in Latin America, after Brazil and Argentina. The United Mexican States (Spanish: Estados Unidos Mexicanosú)is a federal republic in the southern portion of North America. It is bordered to the north by the United States, to the south and west by the Pacific Ocean, to the southeast by Guatemala, Belize, and the Caribbean Sea and to the east by the Gulf of Mexico. Covering almost two million square kilometers. The nation is the fifth largest country in the Americas by total area and the 13th largest independent state in the world. With an estimated population of over 120 million, the country is the eleventh most populous and the most populous Spanish-speaking state in the world while being the second most populous nation in Latin America.

Before the Spanish arrival in 1519, Mexico was occupied by a large number of Indian groups with very different social and economic systems. In general the tribes in the arid north were relatively small groups of hunters and gatherers who roamed extensive areas of sparsely vegetated deserts and steppes. These people are often referred to as Chichimecs, though they were a mixture of several linguistically distinctive cultural groups.

In the rest of the country the natives were agriculturalists, which allowed the support of dense populations. Among these were the Maya of the Yucatan, Totonac, Huastec, Otomi, Mixtecs, Zapotecs, Tlaxcalans, Tarascans, and Aztecs. A number of these groups developed high civilizations with elaborate urban centers used for religious, political, and commercial purposes. The Mayan cities of Chichen Itza, Uxmal, and Palenque, the Aztec capital of Tenochtitlan, Tzintzuntzan of the Tarastec, and Monte Alban of the Zapotecs are examples.

By AD 1100 the Toltecs had conquered much of central and southern Mexico and had established their capital at Tula in the Mesa Central. They also built the city of Teotihuacan near present-day Mexico City. At about the same time, the Zapotecs controlled the Oaxaca Valley and parts of the Southern Highlands. The cities they built at Mitla and Monte Alban remain, though they were taken over by the Mixtecs prior to the arrival of the Spanish.

When the Spanish arrived in central Mexico, the Aztecs controlled most of the Mesa Central through a state tribute system that extracted taxes and political servility from conquered tribal groups. The Aztecs migrated into the Mesa Central from the north and fulfilled a tribal prophesy by establishing a city where an eagle with a snake in its beak rested on a cactus. This became the national symbol of Mexico and adorns the country's flag and official seal. The Aztecs founded the city of Tenochtitlan in the early 1300s, and it became the capital of their empire. The Tlaxcalans to the east, the Tarascans on the west, and the Chichimecs in the north were outside the Aztec domain and frequently warred with them. The nation's name derives from the Aztecs' war god, Mexitli.

From 1521, the Spanish conquest of the Aztec empire incorporated the region into the Spanish Empire, with New Spain its colonial era name and Mexico City the center of colonial rule. It was built on the ruins of the Aztec capital of Tenochtitlan and became the capital of New Spain. During the colonial era, Mexico's long-established Mesoamerican civilizations mixed with European culture.

Inspired by the American and French Revolutions, Mexican insurgents saw an opportunity in 1808 as the king abdicated in Madrid and Spain was overwhelmed by war and occupation. The rebellion began as an idealistic peasants' and miners' movement led by a local priest Miguel Hidalgo y Costilla who issued "The Cry of Dolores" on 16 September 1810, the day is celebrated as Independence Day. Shouting "Independence and death to the Spaniards!" they marched on the capital with a very large, poorly organized army. It was routed by the Spanish and Hidalgo was executed.

After independence, Mexican politics was chaotic. The presidency changed hands 75 times in the next 55 years (1821–76).

The Spanish attempts to reconquer Mexico comprised episodes of war between Spain and the newly born Mexican nation. The designation mainly covers two periods: from 1821 to 1825 in Mexico's waters, and a second period of two stages, including a Mexican plan to take the Spanish-held island of Cuba between 1826 and 1828, and the 1829 landing of Spanish General Isidro Barradas in Mexico to reconquer the territory. Although Spain never regained control of the country, it damaged the fledgling economy.

The newly independent nation was in dire straits after 11 years of war. No plans or guidelines were established by the revolutionaries, so internal struggles for control of the government ensued. Mexico suffered a complete lack of funds to administer a country of over 4.5 million km², and faced the threats of emerging internal rebellions and of invasion by Spanish forces from their base in nearby Cuba.

By 1823, Mexicans of all classes were fed up with emperor Agustin de Iturbide's corrupt and oppressive rule.They overthrew him and 4 October 1824, the United Mexican States was established. The new constitution was partly modeled on the constitution of the United States. It guaranteed basic human rights and defined Mexico as a representative federal republic, in which responsibilities of government were divided between a central government and a number of smaller units called states. It also defined Catholicism as the official and unique religion. The Federal Republic of Central America was allowed to re-establish its independence, which it had declared on 1 July 1823. 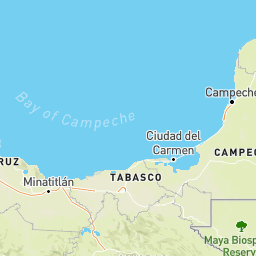 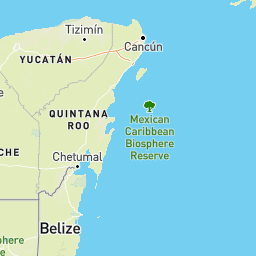 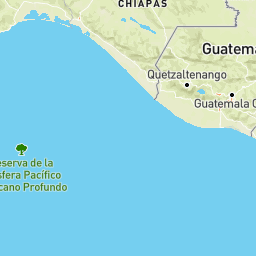 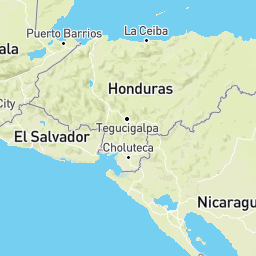 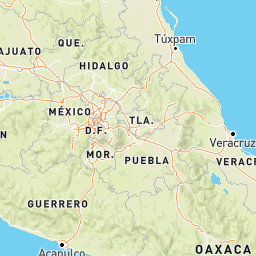 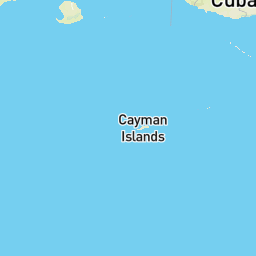 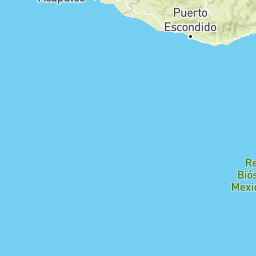 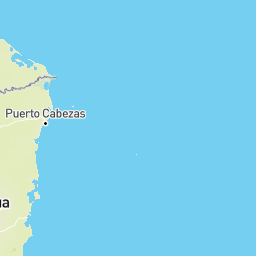